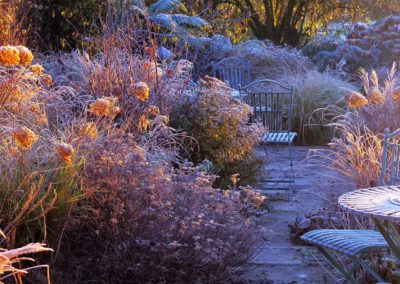 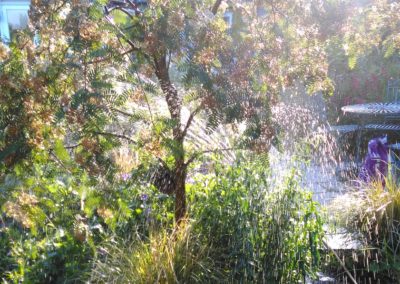 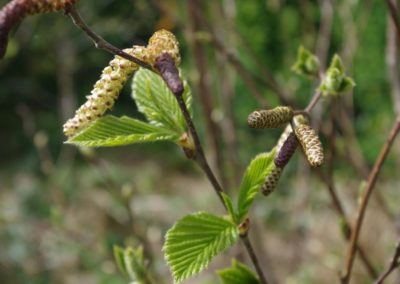 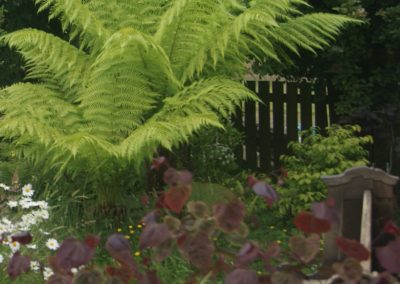 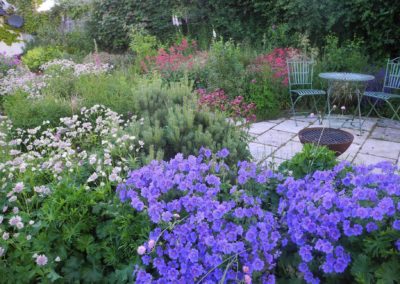 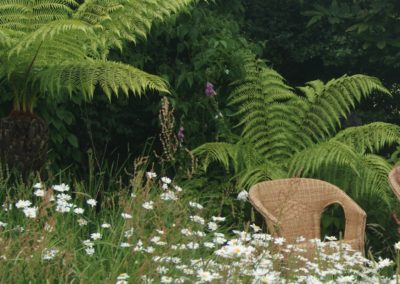 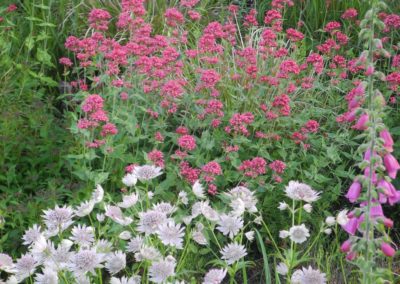 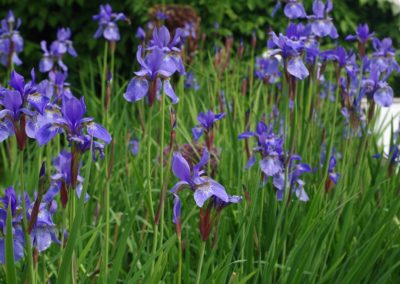 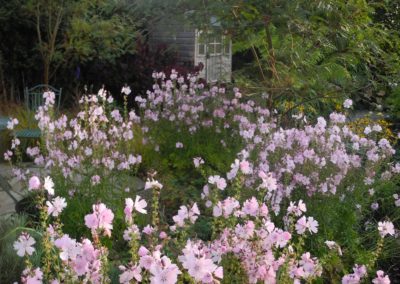 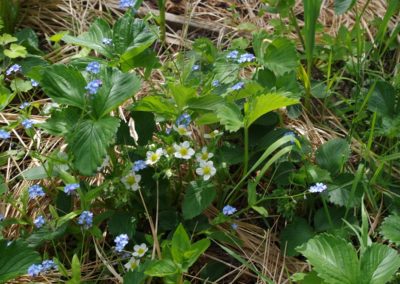 This cottage garden is attached to an eighteenth century weaver’s cottage in the village of Fenwick, to the south of Glasgow. This long, uneven site has serpentine hardwood paths running along its length – these link five circles – a pond, two paved seating areas, lawn area and a lower decked seating area enveloped by giant tree ferns, Hellebores, Irises, Hostas, Dryopteris, Asplenifolium and Arythrium ferns, Chinese Rheum and various climbing roses. Adjoining is a lily pond and children’s wild berry garden which are screened off by a large russet-coloured Forest Pansy, Irises and Tree Peonies. The vista is completed by the two paved seating areas and fire pit – these are shaded by rowans on one side and enclosed by tall, dense perennial borders and Betula medwedewii (Transcaucasian birch). A circular lawn area extends beyond a peony, geranium and fern border on the opposite side.

Notes on the Transcaucasian birch

This variety of birch (otherwise known as Medwediew’s Birch) thrives in Scottish gardens, but is rarely planted in British gardens. A smallish tree with a naturally multi stemmed habit, it reaches only 10 m, producing large green and yellow catkins in the spring and glossy, bright and thick foliage make this especially attractive when under-planted by low growing perennials and grasses. It is under threat in its native Georgia due to animal grazing, but as long as you have no cattle in your garden, you’ll have a hardy and unusual tree to show off.